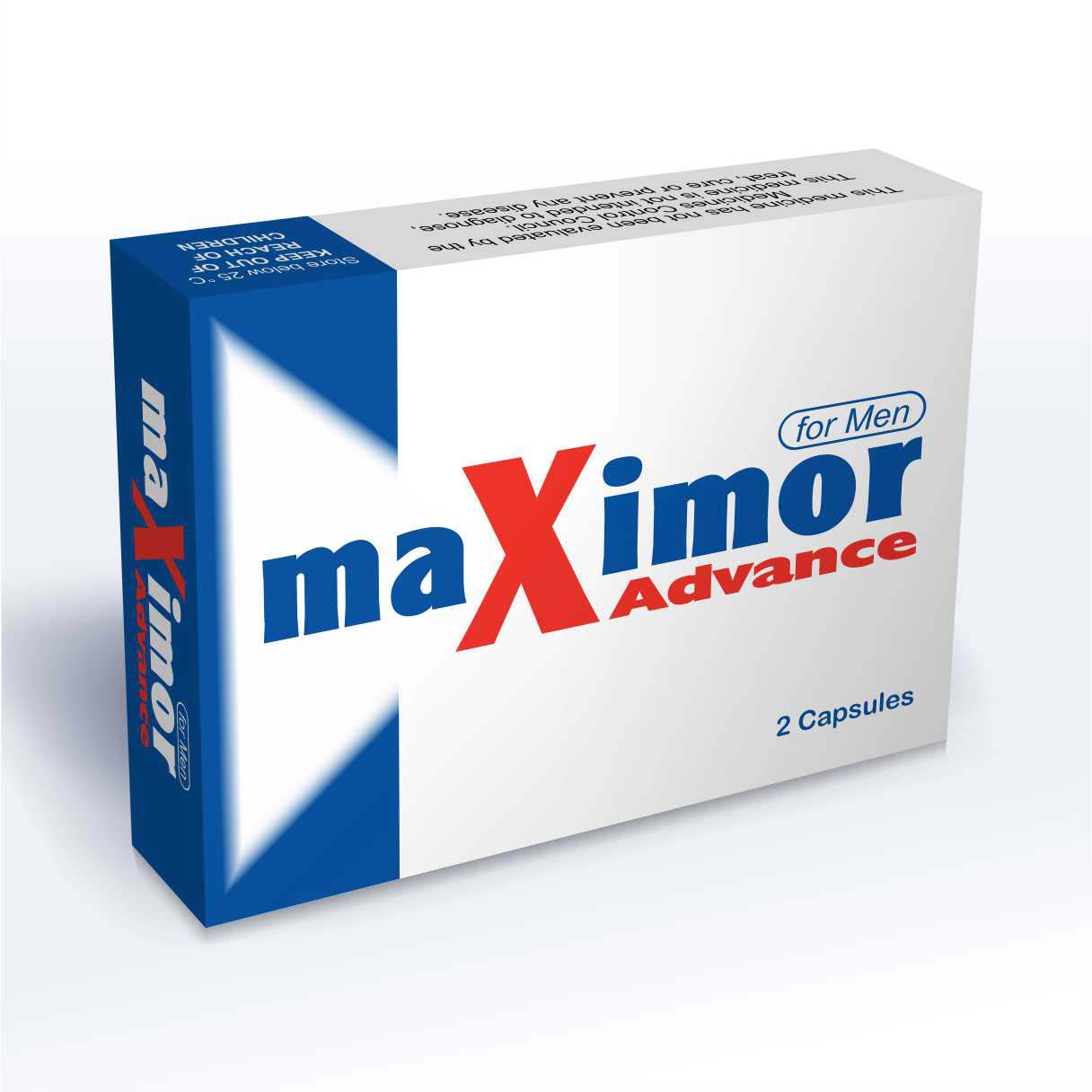 Anxiety, stress and fatigue are some of the most common issues that can result in unpredictable sexual performance. The most common problems men face with sexual dysfunction are those related to ejaculation, getting and keeping an erection and reduced sexual desire. This affects the lives of men of all ages to one degree or another and can lead to low self-esteem, relationship problems, depression and distress in men.

The good news is that you can now experience the remarkable effects of Maximor Advance for Men. A performance enhancer that is fast acting and lasts for hours. It not only assists with improved blood flow, but also improves energy levels. This unique blend of finely extracted herbs is a potent herbal alternative that works naturally with the body to assist with personal performance in men.

Benefits of Maximor Advance for Men:

This product may work faster than expected and the effects can be felt within 40 – 60 minutes. The active ingredients in Maximor for men can last up to 12 – 18 hours. We recommend taking 1 capsule approximately 1 hour before an intimate encounter and allow the stimulation to be as spontaneous and natural as possible.  Stimulation is required for this product to work effectively. Do not exceed more than 2 capsules within a 24 hour period.

If you are taking prescription medication or under a physician’s care for any medical condition, consult your physician before using this product. It is recommended that you consult your healthcare practitioner for professional advice before long term use.

Maximor for Men is easy to obtain without prescription from pharmacies nationwide or discreetly online.

Panax ginseng also known as Korean or Red Ginseng and Panax quinquefolius also known as American Ginseng are traditionally used for an extensive range of health benefits including the treatment of erectile dysfunction and improving athletic and mental performance.

Lycium chinense or Goji berry has a balancing effect on the blood pressure and improves blood circulation. It is also traditionally used to support the liver and kidneys, combat fatigue, restore strength and energy as well as improve libido and sexual desire in both men and women.

Dioscorea or Wild Yam can be very beneficial for poor circulation, nervousness, restlessness and other nervous conditions. It can also be used to sooth painful conditions of the urinary tract and is known to have a therapeutic action on overall liver health.

Cistanche is used extensively in Chinese traditional medicine to treat a variety of health problems including premature ejaculation, erectile dysfunction, infertility, low blood pressure and memory loss. Since it increases energy levels, Cistanche is also considered effective as a treatment for fatigue and fatigue-related problems.

Fructus Rubi is traditionally used to support the Kidneys and Liver as well as enhance sexual function and assist with a variety of conditions including erectile dysfunction, spermatorrhea, premature ejaculation and nocturnal emissions.

This herb has a tranquilizing effect and strengthens the function of kidneys. Poria cocos is also used to assist with insomnia, restlessness, fatigue, sleep disorder, tension and nervousness and supports the heart and spleen.

Also known as Dragon’s Eye, this herb is traditionally used to support the heart and spleen and to improve circulation. It is also considered to have a calming effect.

Also known as Dragon’s Eye, this herb is traditionally used to support the heart and spleen and to improve circulation. It is also considered to have a calming effect.